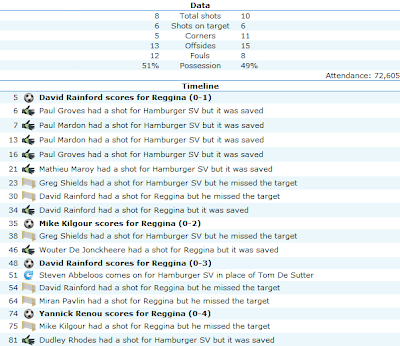 My next challenge is to include yellow and red cards into this timeline - it should give managers a better idea of how their game went because at the moment they just know a red card occurred in a game with no idea if it was in the first ten minutes or at the end of the game. I need to store these times in the database first though so don't expect it too quickly. I may, however, put the current timeline live sometime before I add cards just to show improvements to those who don't read this blog.
Posted by Mystify at 10/12/2011 07:24:00 pm

Email ThisBlogThis!Share to TwitterShare to FacebookShare to Pinterest
Labels: Match